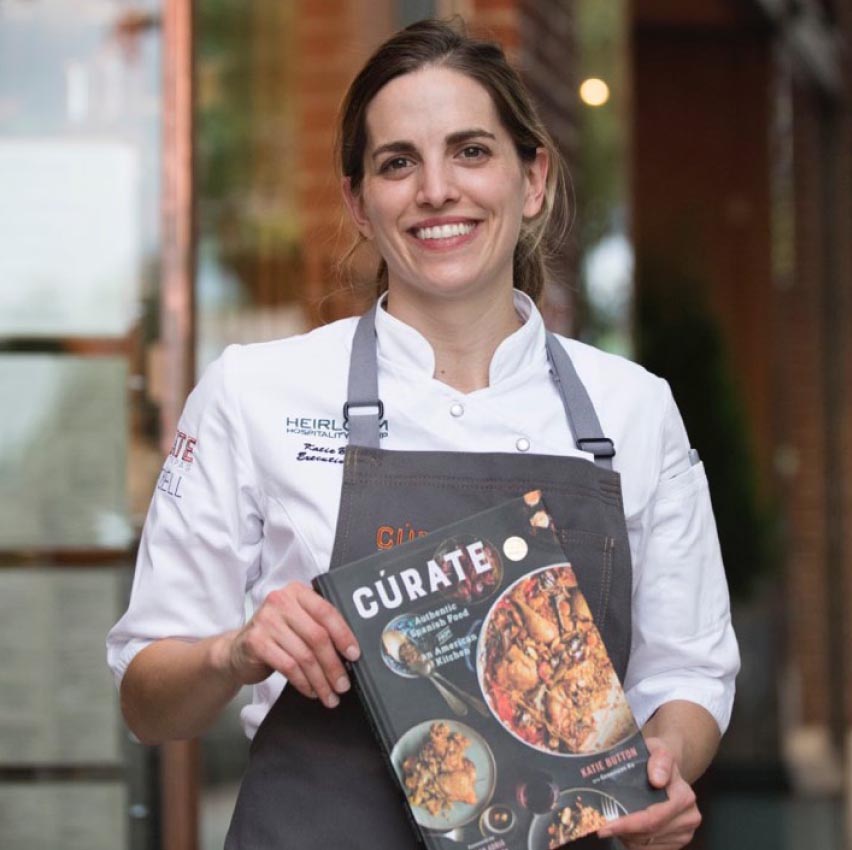 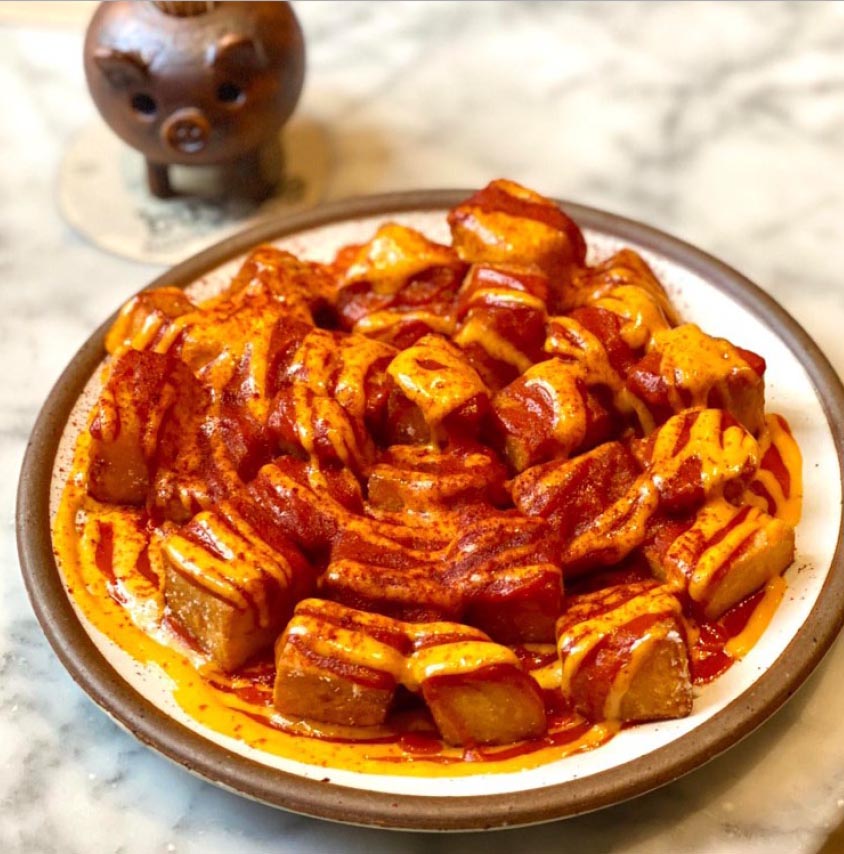 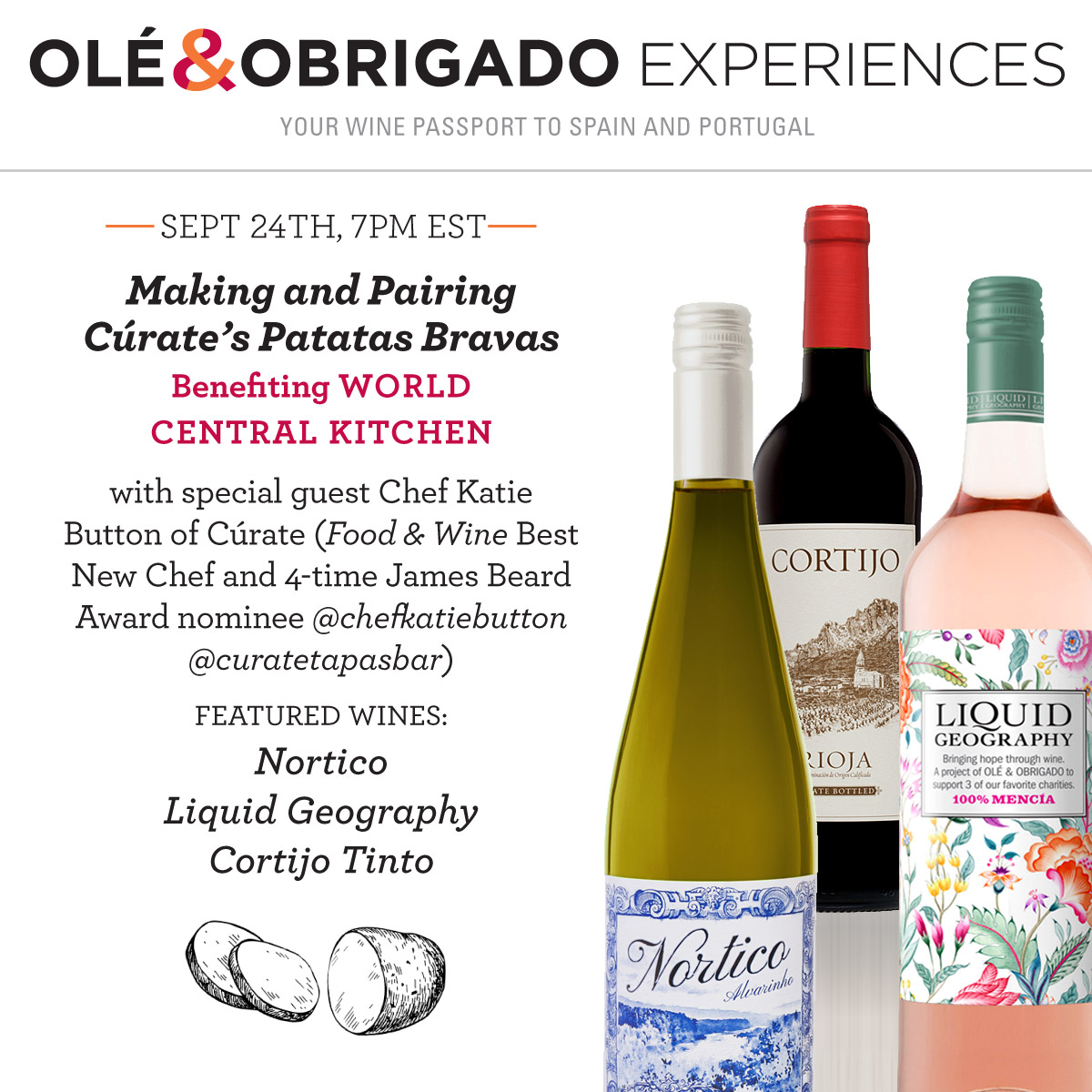 About Our Special Guest

Four-time James Beard Award nominee Katie Button is the executive chef and co-owner of Asheville, North Carolina’s beloved Cúrate Bar de Tapas and La Bodega by Cúrate. A Southern chef with a scientific mind, Button honed her craft in the kitchens of some of the world’s best chefs, most notably Ferran Adrià and José Andrés, before venturing out to open her own restaurant with husband Felix Meana and her family. Among her many accolades, chef Katie Button was featured as one of Food & Wine’s 2015 Best New Chefs. Cúrate was named as one of the “40 Most Important Restaurants of the Past 40 Years” by Food & Wine and one of the “Most Important Restaurants of the Decade” by Esquire. In 2016, Button released her first cookbook, Cúrate: Authentic Spanish Food from an American Kitchen, and in 2019, headlined Asheville culinary festival Chow Chow as board president. Throughout it all, Katie continues to challenge the industry standard, steadily building comprehensive benefits to create a sustainable work environment for her living wage-certified restaurant group. She also is an active participant in the James Beard Foundation’s Impact programs, and is currently serving on the Independent Restaurant Coalition’s leadership team.

WCK has transformed the field of disaster response to help devastated communities recover and establish resilient food systems. Since its founding, WCK has served over 25 million meals to those impacted by natural disasters and other crises around the world. Learn more at WCK. org and @wckitchen. During the COVID-19 crisis, the WCK team of food first responders has mobilized to get meals to those who need them most, responding with programs like Chefs for America and Restaurants For The People in 355 cities across 34 US states and territories, as well as 36 towns and cities in Spain. WCK is currently working with more than 2,300 restaurants to cook meals in their communities. This work has resulted in more than $60 million put directly back into distressed local restaurants, enabling them to pay staff and keep people working. You can find WCK teams and their community partners distributing nourishing meals everywhere from food deserts in large cities to providing culturally sensitive produce packages for families in the Navajo Nation, where grocery stores can be hours away